Not long ago, a major event happened in international football. Ronaldo was diagnosed. He became another superstar who tested positive for nucleic acid and is currently the biggest star. The news of Ronaldo’s diagnosis is like an atomic bomb, which immediately detonated the entire football world and the world after being dropped. Various media, all fans, many stars, and people from all walks of life expressed their opinions on this. It is worth mentioning that in less than 2 hours, he has been ranked first in the domestic and international hot search lists. This shows how terrifying Ronaldo’s influence is. No one has been diagnosed with this effect before. After being diagnosed, Ronaldo was immediately isolated. Faced with the next few games, he could only spend his time in a small house.

After Cristiano Ronaldo was diagnosed, the Portuguese Football Association announced that the other players in the team were healthy and everyone's test results were negative. France, which had just competed with Portugal before, also urgently conducted a new round of nucleic acid tests, and the results showed that no one was infected. In other words, in the Portuguese-French battle, all players except Ronaldo are healthy, at least the nucleic acid test results are like this. In view of this, Ronaldo has almost no possibility of being infected in the game. In addition, it is reported that Ronaldo has undergone 6 nucleic acid tests in the past 7 days. The first 5 times were all negative, and it was not shown positive until the last one. This largely shows that Ronaldo should also be healthy a few days ago. This is more interesting. In addition to basically not going out in the game, except for the opponents and teammates in the competition, they basically do not have contact with outsiders. So how did Ronaldo get infected? 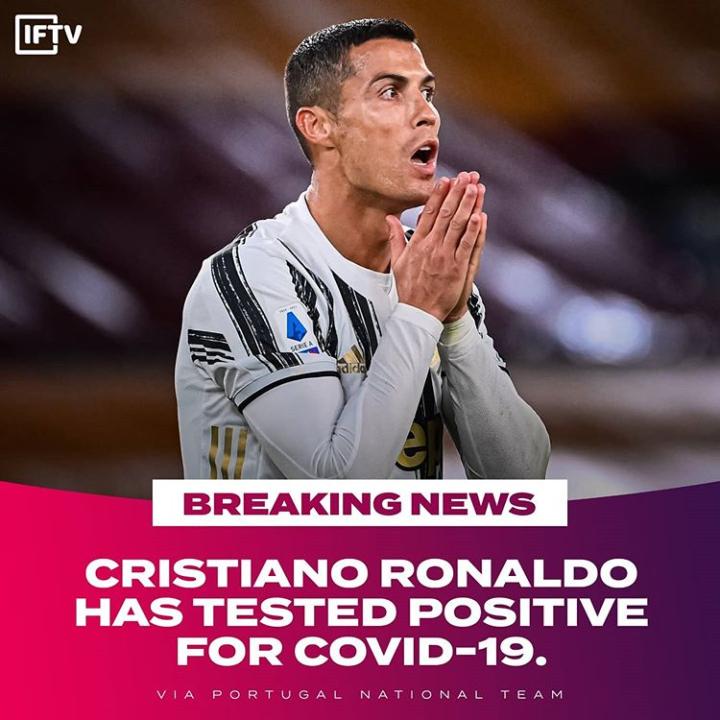 First of all, let's take a look at Ronaldo's activities in the last half month. (Below are all Beijing time)

On September 28th, Cristiano Ronaldo played the second round of the Serie A match between the Bianconeri and Rome on behalf of Juventus, and scored twice in the match;

On September 29th, Cristiano Ronaldo updated his ins and posted a picture of himself going out to swim while he was still in Italy;

From September 30th to October 3rd, Cristiano Ronaldo has been training in Turin, when Juventus is about to start a duel with Naples;

On October 4th, Cristiano Ronaldo was selected as Juventus’s starting lineup, and he came to the Allianz Arena with the team. Unfortunately, the game between Juventus and Naples did not take place as scheduled;

On October 5, Cristiano Ronaldo posted a photo of the family having breakfast. On this day, he should be with his girlfriend and children at home. On the same day, two staff members of the Juventus team were diagnosed. After that, Cristiano Ronaldo and several teammates succeeded. Leaving the team to report to the national team, they were criticized by relevant Italian media;

On October 7, Ronaldo returned to the national team to start training. He also posted relevant photos on the ins. Not long ago, Portugal's Wundt was diagnosed;

On October 8, Cristiano Ronaldo took part in the friendly match between Portugal and Spain, and took photos with Ramos and Pepe after the match;

From October 9th to 10th, Ronaldo trained with the team to prepare for the UEFA Europa League group match between Portugal and France. On the evening of the 9th, Portuguese goalkeeper Anthony Lopez was diagnosed;

On October 11th, Ronaldo came to France with the team. He posted a photo of himself and Pepe when he got off the plane on ins;

On October 12th, Cristiano Ronaldo played the game between Portugal and France for the first time;

In the early morning of October 13, Cristiano Ronaldo participated in the team dinner, he posted a selfie photo on the ins, his teammates were all present;

On the evening of October 13, Ronaldo was diagnosed. 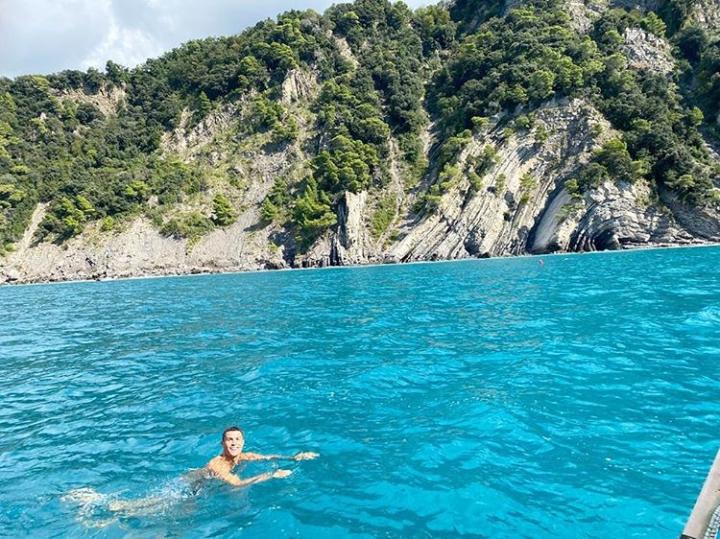 Through Ronaldo’s recent half-month’s itinerary, it can be seen that the people he has contacted include Juventus teammates, Juventus staff (including the coach, related employees, etc.), his family, national teammates, and national team staff (including coach, related Employees, etc.), Spanish team players, French team players, Ronaldo restaurant staff and other personnel. By the way, he also met his good friend during his return to China (October 10, because of work). 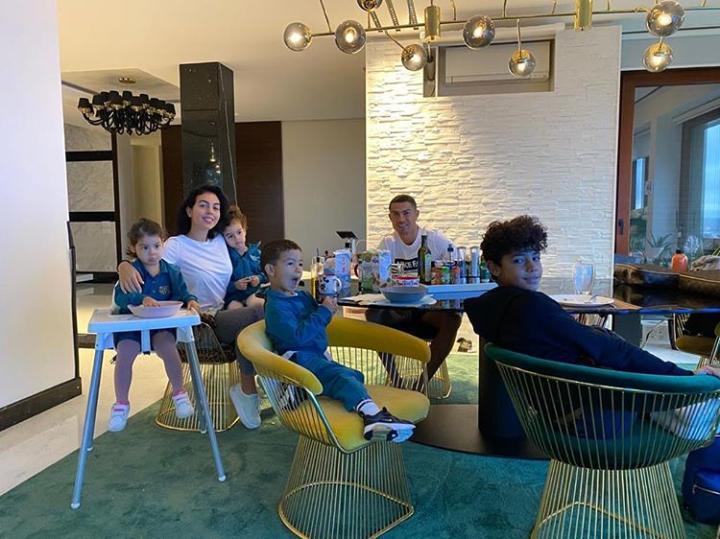 Then, let's analyze the people who can infect the C Luo virus. Although the incubation period of the new coronavirus is 1-14 days, in most cases, the incubation period is 3-7 days. In addition, Ronaldo's previous nucleic acid test has always been negative. It can be said that he was approached by the new crown virus after leaving Juventus before the Portugal-France game. In other words, his Juventus teammates, family members, and Juventus staff, the French team players cannot transmit the virus to him, even if these people may carry the virus, the incubation period of the former is too long, and the latter is the incubation period is too short. Therefore, the claims that Ronaldo ran around with the virus and reported to the national team even though he knew he was infected are absurd, extremely inaccurate, and unfair. Of course, it is wrong for him and a few teammates to not strictly abide by the isolation system, but it is not possible to buckle the source of infection on his head. 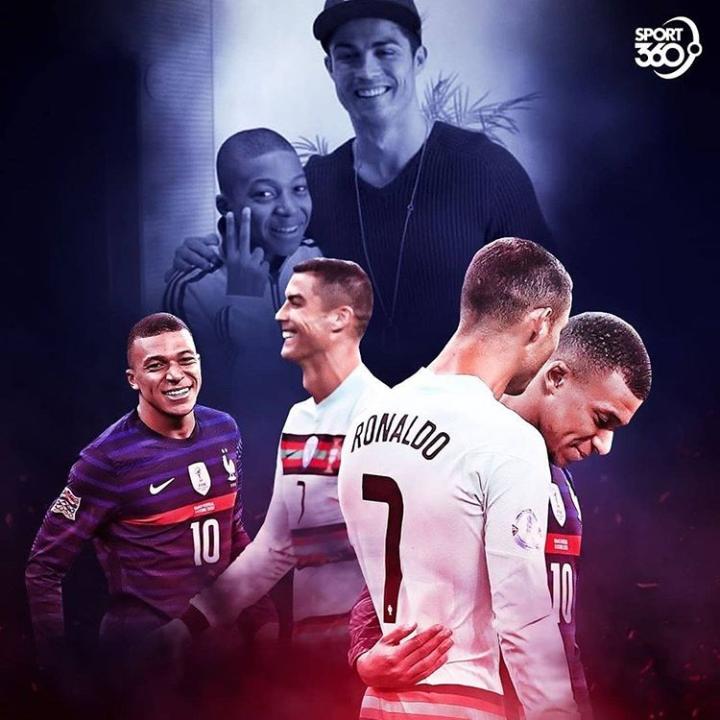 One more thing to note is that the staff and other personnel of the restaurant where Cristiano Ronaldo ate with his teammates are almost impossible to transmit the virus to Cristiano Ronaldo. On the one hand, the team has a relatively strict dining system. If they go out in a special period, they will not easily allow outsiders to contact the players, especially super stars like Ronaldo. On the other hand, it is because no one else has any meals. The problem is that Ronaldo alone has a problem with eating, and the probability is still too small.

In this case, the virus will be able to provide opportunities for Ronaldo and only Spanish team players, Ronaldo’s national teammates and national team staff, and Ronaldo’s friends can be entangled. There is no way to eliminate these types of virus transmission channels. The match between Spain and Portugal happened just 5 days before Ronaldo’s diagnosis, which was the time when the virus was concentrated. Ronaldo spent time with his national teammates and frequent contact with staff, which provided a smooth channel for the virus to spread. Anthony Lopez was still in the team before he was diagnosed; Ronaldo’s friends are not restricted by the relevant regulations of the national team, and his personal behavior is not disturbed. If he was an asymptomatic infected person before, then contact Ronaldo Sometimes it may become a virus transmission medium. 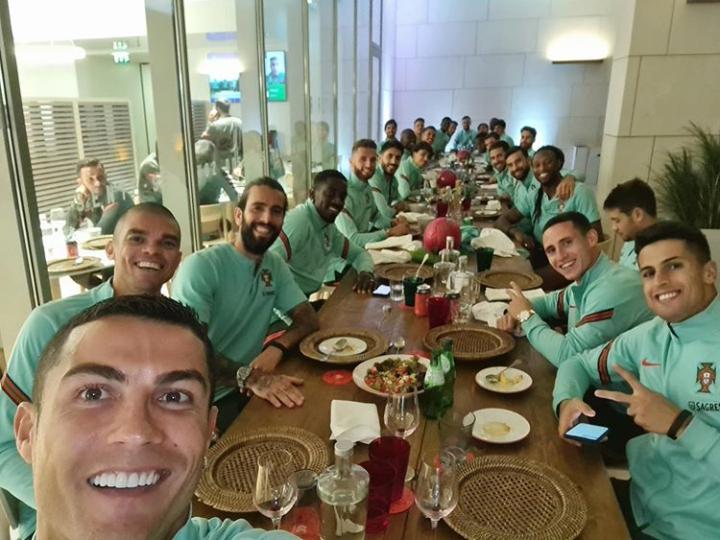 However, according to the current situation of the Spanish team and the team's consistent management style, the probability of the Matador Corps spreading the virus to Ronaldo is very small. Not surprisingly, it should be that there was some situation in the Portuguese national team or Ronaldo saw that his friend happened to run into the virus before. Although the nucleic acid test of these people was negative, the concentration of the virus was different due to the speed of virus replication in the human body at the initial stage of infection, and the low concentration was temporarily undetectable. Cristiano Ronaldo has been tested negative before, and this should be the same reason, and some test results may be "false negative". 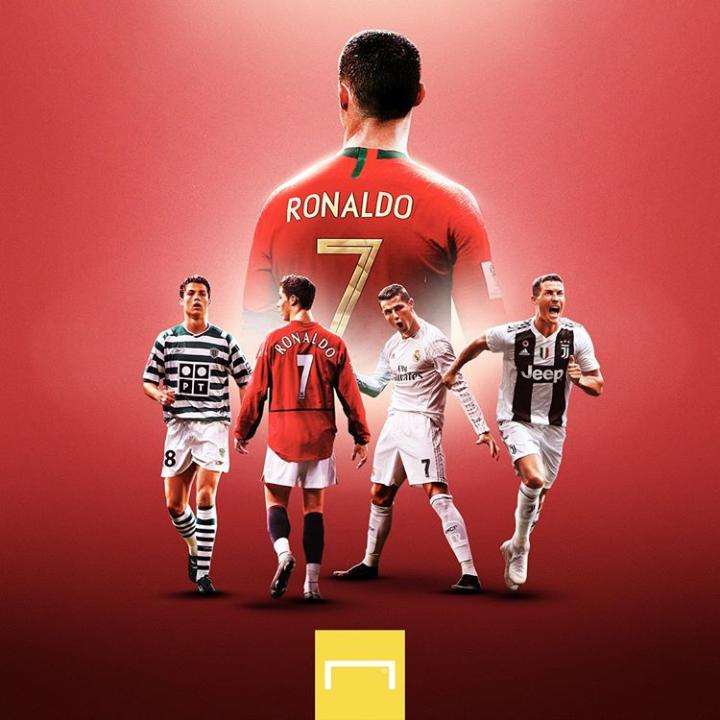 In any case, the virus sticking Cristiano Ronaldo on this knot really makes many fans feel uncomfortable. After all, his previous game state is still good, and everyone still expects him to meet Messi again. This game will not be postponed. Said that his state may also be affected. What is gratifying is that Ronaldo did not have any discomfort after the diagnosis, his mentality was relaxed, his mood was still good, and his heart was still eager to play for the country. Not long ago, the media photographed him happily watching his teammates training on the hotel balcony. When the virus meets Ronaldo, he is looking for the wrong person. He will kill the virus in the cradle like Ibrahimovic and return early. Bless Ronaldo and mourn for the virus!